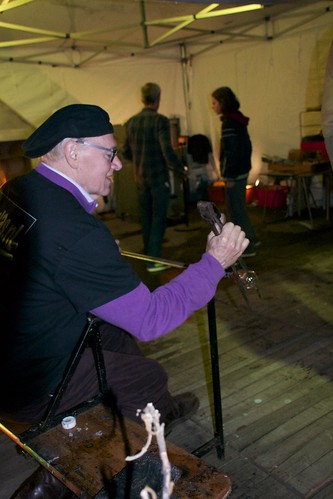 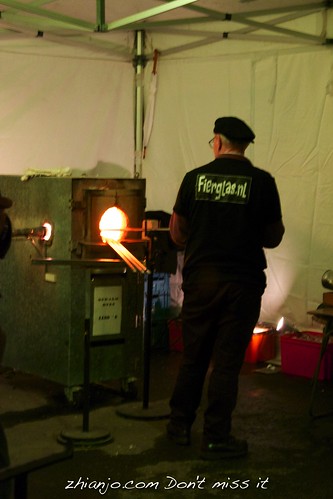 At GLOW Next there was the glassblowing team of Edwin Lenderink.Everybody could blow his or hers own glass bulb. When GLOW 2014 is finished all those bulbs are going to Tijs Rooijakkers who is going to make an artwork of it. Later on this artwork will be placed in the former glassfactory of Philips where in the twentys of the last century the lightbulbs were made by hand. Imagine all the light bulbs in those early days made by hand. Present and history are getting together in honour of what Philips was and still is for Eindhoven. 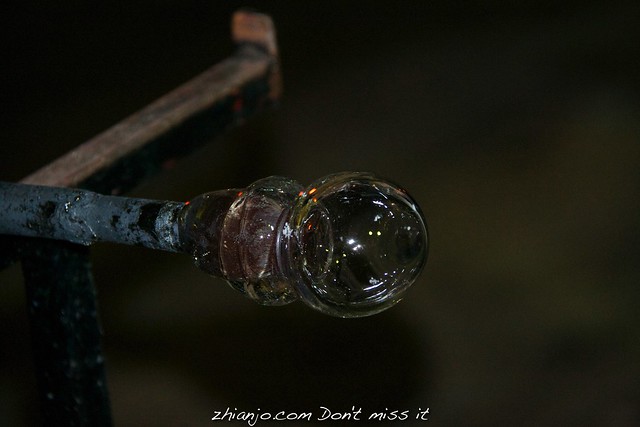 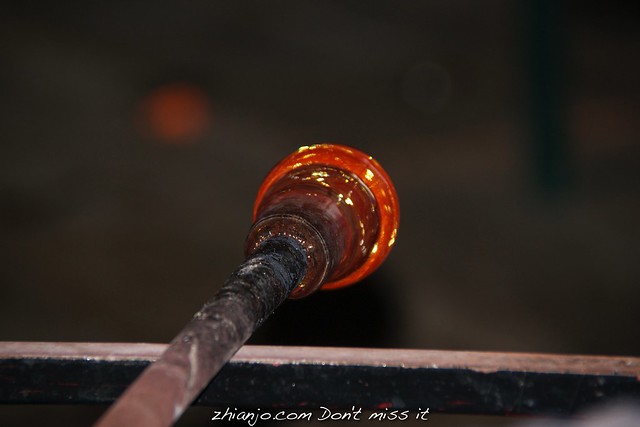 You want to see the Philips Heritage on YouTube. It is a historical movie made by the Philips Company.

(see the link below)